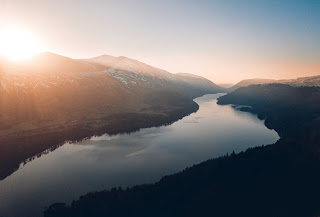 I’ve long been intrigued by the description of Abraham in Romans 4:18, “In hope he believed against hope, that he should become the father of many nations, as he had been told, ‘So shall your offspring be.’” To “hope against hope” means to keep hoping even when there is no reason to hope. For some that sounds like foolishness, for others naivete, for a few it seems to be the height of stubbornness, but if we follow the narrative of the Bible, it’s the standard of faith.

Abraham’s story is one of the most known in the Bible. In Genesis 11 we are briefly introduced to him (named Abram at the time) as the son of Terah, from Ur of the Chaldeans, the husband of Sarai, a barren woman and a resident with the rest of his family in Haran. There is nothing mentioned in the initial introduction that makes Abram seem like he’s going to be a central character in God’s redemption of man, but chapter 12 changes all of that.

The chapter begins with God speaking to Abram, “Go from your country and your kindred and your father’s house to the land that I will show you. And I will make of you a great nation, and I will bless you and make your name great, so that you will be a blessing. I will bless those who bless you and him who dishonors you I will curse, and in you all the families of the earth shall be blessed.” When we talk about the faith of Abraham we often point to the very next words after God’s promise, “So Abram went”. I don’t mean to be dismissive, but who wouldn’t have? Abram was already away from his home; his father had died and he had no children. The severity of that last fact is a bit lost on us. We know that the Bible teaches clearly that children are a blessing from God, but in that culture, it was also believed that the absence of children was the judgment of God, that it was a sign of hidden sin, a curse or just God’s displeasure. To make all of this even more painful, the man’s name, Abram, meant father. Imagine your own name shining a light on your greatest disappointment. Abram’s leaving Haran required faith, but that was just the first step, there would be many more before his faith would be complete and he would become not only the father of Isaac, but the father of us all.

Psalm 147 is the second of the final songs of praise in the psalter. It begins, not with a promise to praise like Psalm 146, but with a statement about praise, it is good, it is pleasant, and it is fitting to “Praise the LORD”. The psalmist then reminds us of God’s character, He builds up Jerusalem, gathers the outcasts of Israel, heals the brokenhearted by binding up their wounds. The praise of this psalm is not about the fulfillment of joy, but God’s unwavering presence in our pain. It’s not the song we sing when the sun rises, but the one we keep singing when the night seems as if it will never end.

I would imagine that the first few months of Abram and Sarai’s journey from Haran to the place that God would show them were filled with excitement and joy. Isn’t that our first response to most promises, isn’t that what promises are for? We look ahead to them, we count them as done, we make plans around them, start dreaming about them, even ordering our lives around them. While God, in the initial promise didn’t say anything about a child, it was understood that the only way Abram was going to father a nation would be if he and Sarai started with a child, a son of their own.

But what we don’t talk about often enough is that those months turned into years and those years raised some doubts, revealed some fears, even caused some sins. Those years didn’t just make hope more difficult, they made it more painful. If you’ve ever hoped for something for a long time you know that it can begin to tangibly hurt to keep hoping. Those years turned into decades and eventually there was no reason to hope anymore, but Abraham (by that time God had changed his name from “father” to “father of a multitude of nations”) kept hoping.

Hebrews 11 speaks of Sarah the way that Romans 4 did of Abraham. “By faith Sarah herself received power to conceive, even when she was past the age, since she considered him faithful who had promised.” We know from Scripture that Sarah doubted when she heard an angel tell Abraham that she would have a child the next year. She found it so ridiculous that she laughed, saying, “After I am worn out, and my lord is old, shall I have pleasure?” Here’s the question, is Hebrews 11 contradicting what Genesis tells us? Did Sarah doubt or believe? Was her faith weak or strong? What if I were to tell you, no Hebrews doesn’t contradict Genesis, but yes to all the other questions, Sarah doubted and believed, her faith was both weak and strong? The Scriptures are not telling us to have perfect faith but trust God while our faith is being perfected.

And so, Abraham had fears, even giving Sarah away twice, but in it all God was building in him a hope that was strong enough to endure disappointment, overcome failure and keep hoping even after it seemed every reason for hope had died. Sarah had doubts, she gave into her impatience, giving her maid to Abraham so that they could have a child to get the nation building process started. But in it all God was building her faith in His character, teaching her by His grace that He was trustworthy, that she could trust Him because He, even in her failures, would never fail her. When time ran out, hope rushed in, when it was too late, their faith took over and God’s promise was fulfilled exactly in the way and the time that God had planned. They had never been waiting for God, He had always been working in them.

Psalm 147:10-11 say, “His (God’s) delight is not in the strength of the horse, nor his pleasure in the legs of a man, but the LORD takes pleasure in those who fear him, in those who hope in his steadfast love.” God’s pleasure is never in what we can do for Him, but always in what we believe about Him. The beauty of the incarnate Jesus is that He always deferred to the Father. Colossians 1 makes it clear that the Son created all things, holds all things together and is preeminent in all things and yet Jesus said in John 5:19 that He only did what He saw the Father doing and in John 12:45 that He only said what the Father told Him to say. His trust was so great in the Father that He yielded Himself completely. That’s what it means to fear God. The Hebrew word refers to reverence, I believe that reverence is best described as obedient belief. Isn’t that what Sarah did? She had trouble believing that she would be able to have a child at her age, but she was willing to believe that God Himself would be faithful, she trusted His character when His ways were far too great for her to understand.

His pleasure isn’t only in those who fear Him, but also in those who “hope in his steadfast love”. The Hebrew word used here is different from the word we defined as hope in Psalm 146, this is “yachal” and it means “to wait; by implication, to be patient, hope”. God is pleased with those who believe His love enough to wait, to endure, to consider His goodness even when all they can feel is their desire. This might sound strange, but our faith is being tested, but God’s not testing us, He’s working in us and He’s working for us and eventually He’ll work through us. I’ve long believed that God’s timing is about our character and that most of His work is about our hearts. That means that our waiting is not for God to do His will for us, but learning to let Him do His work in us. God didn’t just want to give Abraham and Sarah a child, He didn’t just want to start a nation. God wanted to show Abraham and Sarah His love. He wanted to give Israel His name. He wanted to send the Messiah to save the world. Abraham’s waiting is part of what God used to produce our salvation. What if our waiting is how God is working to save others? Isn’t that really what we are hoping for, not just that God will do what we want, but that He will be God in us, God for us, even God with us, so that He can be seen as God through us? Sometimes the thing that pleases God is the very thing that world needs, people who are willing to choose just a little more hope.