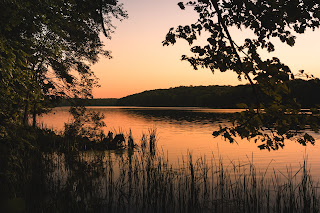 Psalms 146 through 150 all begin and end with the same exclamation, “Praise the LORD!” or “Hallelujah!” It is fitting that the book that has most clearly shown us the condition of man, would conclude by reminding us of the character of God. In the Psalms we have heard the hearts of men being poured out, the wicked have been lamented, betrayal has been prevalent, brokenness has been on full display and yet with every lament God has caught our tears in His bottle, with every betrayal God’s steadfast love has been our balm, in all our brokenness God’s gentle mercy has restored our souls. No matter where sin, ours or that of others, tries to lead us, God meets us with His grace, His love and His power. God is not only worthy of, He has earned our praise.

The next verse, while seeming to give us a command, begins to pull back the curtain to his confidence. “Put not your trust in princes, in a son of man, in whom there is no salvation.”  At times our praise is fickle because our trust is misplaced, our disappointment rises because we attempt to confine our hope in things much too small to hold it. Most of us struggle with this. We get caught up in the temporary, whether positive or negative and miss, not only the eternal but the permanent. Let’s go back to Wilcock’s illustration about the sun, it never stops shining. Sometimes it’s hidden by the clouds, for part of every day it’s on the other side of the world and yet it’s always shining. That means that everything other than the sun is temporary. The clouds, they roll in and roll out. Rain comes, with a purpose, to cause growth, but then it stops. Even the night, serves a purpose, but then the sun that has never moved, faded or flinched is once again revealed as immovable. The truth is, the sun is the constant, all the other things are temporary, they serve a purpose, but they cannot diminish and are always yielded to the sun. Are our hearts set on what the clouds might do or what the sun never stops doing?

The interesting thing is that princes are established by God. Romans 13:1 says, “Let every person be subject to the governing authorities. For there is no authority except from God, and those that exist have been instituted by God.” The psalmist isn’t saying that princes don’t matter, he’s saying that princes are not the answer, that they are to be obeyed and submitted to, but they are not to be hoped in. Daniel 2:21 says that God removes and sets up kings. Psalm 75:7 says that it is God alone “who executes judgment, putting down one and lifting up another.” It sounds so trite, but God is in control, always. He is sovereign over all things. He is the sun that never stops shining.

Are there any princes we have put our hope in? It’s far too narrow to think that this is only political, but I’m sure it is indeed political for some. What is the thing that must happen or the circumstance that must never change? Who is the person that we can’t let go of or the promise that must be fulfilled the way we have expected or interpreted it? Are we willing to consider that these things and many others might just be our princes? That we have set upon them hope too great for them to carry and trust that is destined to be broken. Is it possible that our disappointments are not from what God doesn’t do but from putting our hope where it doesn’t belong?

We often think that Jesus was unrecognized as the Messiah, but the truth of Scripture is that He was rejected. He didn’t die because the people didn’t know who He was, but because He was not what they people wanted Him to be. Isaiah 53 prophesies this clearly, but then the book of John shows us, from beginning to end exactly how it played out. In John 1, after telling us that Jesus was God in the flesh, the apostle wrote, “He came to his own, and his own people did not receive him.” It would have been easy for John to write that they didn’t recognize Him, but John was very clear, this was not a lack of recognition, it was a rejection. In John 6, after Jesus had fed the 5,000 He escaped from the crowd because right then and there they wanted to make Him their king. The next day, many of the same people found Jesus in Capernaum where He preached many things that they didn’t understand and so the very people that had wanted to make Him king the night before, “turned back and no longer walked with him.” They knew who He was, they just didn’t like or understand what He said. In John 11, after Jesus raised Lazarus from the dead the religious leaders decided that they had to kill Jesus saying, “If we let him go on like this, everyone will believe in him, and the Romans will come and take away both our place and our nation.” They knew who He was, they just didn’t want to lose what they had. Even the apostles, after the resurrection of Jesus, just before His ascension asked, “Lord, will you at this time restore the kingdom to Israel?” Very simply, “Is this when you’ll do what we want you to do, what we’ve expected you to do, what we’ve been waiting for you to do?”

There is a connection we don’t make often enough, between hope and praise. If we struggle with praise in our in between spaces, in our seasons of waiting, even in our times of darkness, it could be a sign that our hope is misplaced. It could be a revelation that we are demanding God do our will rather than yielding to His. It could be that our hearts are set on something less than where they belong. The psalmist that has already declared that his praise will be never ending then reveals that it’s only because his hope is set on the unchanging character of God.

“Blessed is he whose help is the God of Jacob, whose hope is in the LORD his God, who made heaven and earth, the sea, and all that is in them, who keeps faith forever”. Because of what God has done he is confident in who God is. The God of Jacob, the God who birthed a nation from a man and a woman past the age to bear children, the God who turned 12 sons into 12 tribes, the God who brought a nation out of slavery and into the land He had promised them, He is the God who helps me. My hope is not in God doing what I desire, but in God being God, that He does all things well, that every good thing comes from Him, that He is not only able, but He is willing. My hope is in the Maker not in what He will make.

But the true resting place of hope is in the final description of God in verse 6, “who keeps faith forever”. Some other translations say, “he remains faithful forever” (NIV), “He keeps every promise forever” (NLT), “Who keeps truth forever (NKJV). The Hebrew word that is translated “faith” in the ESV and “truth” in the KJV is “emet”, its definition is “stability; (figuratively) certainty, truth, trustworthiness”. My hope is not in what God has done or what God will do, but in who He is, God is stable. He is unchanging. He is constant. He is unmoved. And when our hope is in Him our praise becomes like Him because our praise is of His character, His heart and His love. The psalmist could declare constant praise because His hope was in constancy of God. His praise had matured from a reaction to what God did, to a desire of what God would do, to complete hope and trust in who God would always be. Hope doesn’t disappoint when it’s finally set on the God who never wavers.