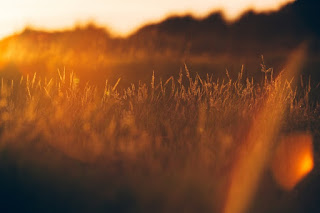 Have you ever prayed for sleep? For a few reasons, our oldest son didn’t sleep through the night until he was three years old. My wife and I prayed for sleep. Not only did we pray, we fought over sleep, we complained about sleep, I’m pretty sure that we even dreamed about sleep. Our first three years of parenthood were not just sleep-deprived, they were sleep consumed; because we lacked it, we ended up completely focused on it. I think it was during those years that I first came across Psalm 127:2b, “for he gives to his beloved sleep.” I was ready for God to fulfill that promise in my life!

Sleep is one of the most interesting gifts from God. Some people love it to excess, the Bible calls them “sluggards”, but then others seem to despise it, as if the need for sleep is a weakness of some sort. There are people who have to have eight hours to function and others that seem to never tire even though they routinely only sleep four or five hours a night. In all our sleep differences, what we know is that sleep is a necessity. As much as our bodies and our brains need food and water, they need sleep, which means sleep is a part of how we were created, but also, just as God has provided us with food and with water, He provides us with our sleep.

Psalm 127 is another “Song of Ascents”, sung by pilgrims as they journeyed to Jerusalem to participate in one of the holy festivals of God. This one bears the name of Solomon, whether it was written by him or simply in his style is open for debate. The song begins with a strong statement, “Unless the LORD builds the house, those who build it labor in vain.” It’s followed with a similar sentence that repeats the former truth, “Unless the LORD watches over the city, the watchman stays awake in vain.” Verse two then begins, “It is vain that you rise up early and go late to rest”. This psalm is not about houses, cities or work ethic, it’s all about vanity.

For most of us, the word “vain” is associated with pride, with thinking highly of how we look or the appearance that we make for others. While vanity can mean more than that, that’s generally what we think of first. The Hebrew word that we translate as “vain” has a deeper meaning. The word is “sav”, it speaks of emptiness; it’s literal definition is “in the sense of desolating”; it describes something that is useless, doesn’t fulfill, can’t satisfy. The point being made is not that houses will fall, cities will fail or jobs will be lost, but that our hearts will remain empty until the LORD is the source of our satisfaction.

There is some hurdle, some goal, something in each of our lives that we think, “If that would work out, then I’d be happy.” We believe that marriage will be the end of loneliness, a higher salary will chase away our anxiety, a healthier body will be the key to overcoming insecurity; if we could get one strategic change of circumstance all our troubles would be gone. And yet the psalmist says, “Unless the LORD build . . . Unless the LORD watches . . . it is vain . . .”

Nothing will satisfy us unless and until we find all our satisfaction in the LORD. The Scripture is not saying that your house will fall, your city will be lost, or your job will be taken, it’s saying that your heart will stay restless, that we will never have enough until we believe that He Himself is enough. Have you noticed how little we believe the things we say we believe? We believe God loves us and yet feel unloved. We believe that He’s always with us, even that the Holy Spirit lives in us and yet we feel all alone. We believe that we trust Him to be our Provider, Protector and Shepherd and yet we live in disappointment over what we don’t have and anxiety over what we fear we might never have. What if all those feelings are not the enemy working to destroy us or our flesh working to control us, but the Holy Spirit Himself convicting us of the fact that our hearts are still set on inferior things, that we have all we need and don’t realize all we have?

In John 14, as Jesus was preparing the apostles for His imminent arrest, death and resurrection, Philip said to Him, “Lord, show us the Father and that will be enough for us.” (NIV) Jesus had just said, “I am the way and the truth and the life. No one comes to the Father except through me. If you really know me, you will know my Father as well. From now on, you do know him and have seen him.” Jesus had said, “I’m enough” and Philip answered, “Just one more thing.” Philip had seen the miracles and heard the sermons. He had heard Jesus’ prayers, seen His tears and watched how He lived consistently loving God and loving others. Just that night Jesus had washed his feet, eaten the Passover meal with him, served him His body and His blood of the new covenant and still Philip thought he needed one more thing to be sure, to be satisfied. It’s our bent, our sin-stained nature to think that we need more, that something else would make things better.

Jesus responded to Philip the same way I believe He’s responding to some of us today, “Don’t you know me, Philip, even after I have been among you such a long time?” If we really knew Him, we’d know that He’s not just all we need, He’s more than enough. In John 6, when many if not most of Jesus’ disciples walked away from Him because they didn’t understand the things He was saying, He turned and asked the twelve apostles, “Do you want to go away as well?” Peter responded, “Lord, to whom shall we go? You have the words of eternal life, and we have believed, and come to know, that you are the Holy One of God.” I believe that Peter was saying, “We don’t really understand what you’ve said, there are many things you do that we are not sure of, but we are convinced, even in our lack of understanding, that you are all we need.” In that moment Peter didn’t need life to be comfortable for him to be confident in Jesus. He didn’t require things be as he wanted them to be sure that Jesus was all he needed. To use the words from one of Paul’s prayers for the Thessalonians, Peter had directed his heart into God’s love and the steadfastness of Christ (II Thessalonians 3:5). He did the work of believing what he knew even when he was tempted to fear what he didn’t understand.

So, what does any of this have to do with sleep? Psalm 126:2 says, “It is vain that you rise up early and go late to rest, eating the bread of anxious toil; for he gives to his beloved sleep.” Sleep is a gift from God, but it’s a byproduct of satisfaction. Anxious toil is nothing more than our effort to build our lives to meet our needs, it’s when we work hard to obtain satisfaction that can only be found in believing in and surrender to Jesus. In full transparency, I often have trouble sleeping. I lie down and my mind races, my thoughts get loud and no matter how weary my body is or how tightly I close my eyes, I just can’t sleep. I’ve learned something about those nights, they are not an attack, they are the fruit of living unsatisfied in Christ. When I spend my days worrying about my problems, complaining about my situations or trying to figure out the details of what should or shouldn’t happen next in my life, my family or my ministry, all that comes flooding back when it’s time for me to sleep. This might be difficult to believe, and you might even want to argue with it, but in the kingdom of God, trust leads to sleep. Jesus, who only did what He saw the Father doing, slept in the stern of a boat while the apostles feared for their lives fighting a storm. Sleep is not something we plead with God for, it’s something that comes from finding our contentment, our rest and our satisfaction in Him. What if, in the same way that our words reveal the content of our hearts (Luke 6:45), our sleep reveals the strength of our trust? Sleep really isn’t about being weary from one day or preparing for the next, it’s being sure that no matter what the day holds, the One who holds us will never let us go and He will always be all we need.