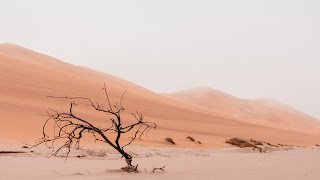 You can’t have Jeremiah 29:11 without Jeremiah 29:10. Most of us know the first verse by heart, we’ve memorized it, recited it, named and claimed it, hung it on our walls and declared it as our “life verse”. But that one verse is only part of the story, without verse 10, verse 11 is wishful thinking, but in light of verse 10, verse 11 becomes a promise of restoration.

For anything to be restored, it must first be lost. Jeremiah 29 was written to a generation of Jews that was being taken to captivity in Babylon. They were being dragged from their homes and taken from their city as it’s walls and God’s temple were being destroyed. They had been forewarned. God sent the prophet Jeremiah, calling the people to turn from their sin, to repent or else He would send judgment in the form of captivity by their enemies, but they rejected Jeremiah, they listened to the prophets that were saying what they wanted to hear, they trusted their own hearts rather than heeding God’s voice.

Jeremiah 29:10 says, “For thus says the LORD: ‘When seventy years are completed for Babylon, I will visit you, and I will fulfill my promise to bring you back to this place." When all was being lost, God was promising restoration. Just as the tears began to fall, God promised joy. It is His kindness that leads us to repentance and so, even in His judgment there is mercy. We then come to the verse we love, “’For I know the plans that I have for you,’ declares the LORD, ‘plans for welfare and not for evil, to give you a future and a hope.’” This was not a blanket promise or principle that things will always work out or that we will all be okay, it was a message of hope for those that were just about to begin a journey of trouble. It was a picture of restoration.

The setting for Psalm 126 is at least seventy years after Jeremiah 29, probably much longer than that. It begins with these words, “When the LORD restored the fortunes of Zion, we were like those who dream.” This speaks of the generation that came back after 70 years of captivity. Those who would have been with Ezra and Nehemiah, born into captivity with the hope, the dream and promise that someday they would return to Jerusalem, the city of their forefathers, the city of their God.

Often when we read Scripture, we try to apply it to our lives, but for a moment, rather than thinking about what this means to us, let’s consider what it was like for them. The children that were taken captive were now the elderly in Babylon. They had watched their parents die in a foreign country. They had been raised in a place where they were not welcomed and where they had never wanted to be. The inner and cultural turmoil must have been tremendous. And all along, they had heard stories of their home, of their God, of the temple and of the promise that someday they would return, someday their God would restore them.

God’s promise was so specific to Judah that I wonder if they had “marked their calendars”, if they counted down the years, kept track of the time, waiting, hoping, praying and believing that at exactly seventy years they would be free to return to Jerusalem. Whether they were waiting or not, ready or not, God did exactly what He had promised. Ezra 1:1 says that the LORD stirred the heart of Cyrus, king of Persia and he freed Judah to return to Jerusalem and rebuild the temple. Think about the songs that were sung, the dances danced, the stories told as a generation of captives returned to freedom. The psalmist said they were “like those who dream.” The joy had to be unspeakable, the laughter loud and nearly constant. I imagine tears, embraces, an almost unbearable amount of hope. Something lost, something thought to be far off, something that was hard to see and probably often doubted was now coming into full view. They were being restored.

The psalmist confirms all these things, “Then our mouth was filled with laughter, and our tongue with shouts of joy”. But then there is an unexpected outcome to their restoration, “then they said among the nations, ‘The LORD has done great things for them.’” As Judah sang, the nations around them marveled. Some had mocked them in captivity, others had been unmoved by their plight, and no one had come to their defense, but now, everyone could see clearly, not that their lives were back on track, but that God had done great things for them. The nations didn’t see Judah making a comeback, they saw the LORD, the God of Israel, bringing them back to the place that He had promised and provided for them. There is a witness in restoration.

Then the restored pray for restoration, “Restore our fortunes, O LORD . . .” This is the Messianic moment of Psalm 126. Those who had come back from captivity understood that there was still more restoration they needed, that they desired. Years later, as pilgrims sang this song on the way to Jerusalem, they knew that the temple had been rebuilt, that the city walls were now solid and strong, that the city itself was once again filled with the people of God and yet, there was still something missing, still a promise to be fulfilled, still a reason to both hope and yearn, the Messiah had not yet come.

Here we are, similar to Judah. We have been brought back from our captivity in sin. We have been forgiven and redeemed by the blood of Jesus. The Holy Spirit lives in us, the Son of God makes intercession for us, God has loved us so greatly that He has called us His children. And yet, all is not as it should be. The world is still upside down, sin rages, the enemy prowls about, souls are lost. The Father is still waiting to send His Son because He is patient with us, not willing that any would perish but that all would come to repentance (II Peter 3:9). Our redemption must make us pray for others to be redeemed. What Jesus has done in us He desires to do through us. We can’t settle for our restoration when there is so much more restoration that God has promised and planned.

The restoration process is what the psalm ends with, “Those who sow in tears shall reap with shouts of joy!” Notice that it doesn’t say that those who cry will be given joy, there is action involved, our tears must be sown so that our joy can be reaped. It’s further explained in the last verse, “He who goes out weeping, bearing the seed for sowing, shall come home with shouts of joy, bringing his sheaves with him.” Now let’s return to Jeremiah 29:10-11 and Judah’s captivity in Babylon. When Judah was taken captive by Babylon it was because they were already bound by sin. Their captivity was God’s judgment upon their idolatrous hearts. Their captivity was God’s kindness toward them that He was using to draw them to repentance (Romans 2:4). They left weeping, but in Babylon, they sowed their tears into repentance, they turned from their sins, from other loves, and they yielded their hearts back to God. They turned their tears to action, they stopped crying over their situation and started crying out to God. The judgment of God was also His mercy, He dealt with them sternly so that He could deal with them kindly. Judah allowed the tears of captivity to wash their hearts and cleanse them from their idolatry.

Are we sowing our tears? Are we yielding the places of heartache, trouble, conviction and tears to God so that He can do His work in our hearts? The Hebrew word that is used in Psalm 126, translated as “restore” is “sub”, it’s literal meaning is “to turn back”. The question becomes, turn back to what? We think of the past we can remember, but God is always working to turn us back to the purpose He had planned. There is always a restoration that is happening in our hearts and in our lives because we are all still far from what God has planned for our relationship with Him. We were created by Jesus to be like Jesus and yet, I John tells us clearly that we will not be fully like Jesus until we see Jesus. This means that there is still and will always be a work to be done. Our tears for and in a fallen world should be about our hearts being conformed to the image of the Son. Restoration doesn’t simply cry in sorrow; it sows in tears. It’s purpose is not for the hard thing to end or even the good thing to come, but for our hearts to change.

The greatest joy is not when we get what we want, but when we become who we were created to be. Moses spent forty years as the grandson of the king but was unsettled and unfulfilled because he knew he was born to deliver Israel. He then spent forty years on the other side of the desert, an outlaw and a fugitive, probably disappointed and defeated because he had tried to fulfill his plans for his life on his own. Don’t you believe that there were many tears sown in the fields as he shepherded his father-in-law’s sheep? How many times do you think Moses regretted his decisions, cursed his temper and doubted his future? Moses was restored at the burning bush. He was sent back to the place he had failed not to become a success, but to be a part of God’s plan. The next time Moses left Egypt it was not just with shouts of joy.

A sheaf is a bundle of grain that has been tied together after reaping (harvesting). When we sow our tears in God’s will, He makes our lives part of His harvest. The next time Moses left Egypt he was leading the nation of Israel out of the bondage of Egypt toward the Promised Land. He sowed in tears and when he was restored, God used him to bring restoration to the entire nation. Today, our song of restoration cannot be trying to get back to where we once were or even where we want to be, it must be to trust God to do in us and through us whatever He has planned. Judah had to go into captivity so that God could change their hearts. Moses had to go into hiding so that God could use him to deliver His people. Your season of weeping might not be because of your sin like Judah’s, it might not be because of your own decisions like Moses’, but I believe that it is for God’s glory, and it is part of His plan to make you like Jesus and to lead others to Jesus. I pray today that we will let our tears become seed for sowing so that God can reap from our lives sheaves of restoration. Don’t make this season about where you are, trust God to use it and to use you to make others who they were created to be.