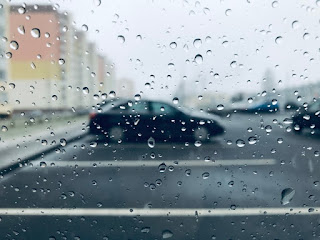 A couple of weeks ago a friend of mine made my favorite kind of social media post, two verses of Scripture, no commentary, no pictures, no memes, just God’s Word. He shared Psalm 119:5-6 from the New Living Translation, “Oh, that my actions would consistently reflect your decrees! Then I will not be ashamed when I compare my life to your commands.” I read it quickly, thought about it briefly and then moved on. The good news about the Word of God is that even when we move on, it remains, and it keeps working.

A couple of hours later I was faced with an opportunity to be patient with someone that had been impatient with me, to be gracious to someone that had often been petty and in the moment, I chose to give him a taste of his own medicine. It will sound simple, possibly even silly, but I parked my truck in a spot that I knew would make someone else angry. I decided to satisfy my flesh rather than walk by the Spirit, to provoke rather than console. I parked, came in the house and when I pulled out my phone to check my messages, I once again saw my friend’s social media post, “Oh that my actions would consistently reflect your decrees!” A verse that I had read, liked on Facebook, and then moved on from was now going to work in my heart, bringing conviction, and offering grace.

Thankfully, this time I responded to the Word of God and the work of the Holy Spirit, I sat staring at the verses for a few more moments, saying to myself, “I cannot be petty and be a witness”, I got up and moved my truck before it could cause anger or frustration to my neighbor. The Word of God had worked in my life, it had brought both correction and rebuke, but it did not just change my action, it showed me God’s heart, it reminded me of how much God loved the person that I was so quick to dismiss when they caused me some frustration.

“Oh, that my actions would consistently reflect your decrees! Then I will not be ashamed when I compare my life with your commands.” The King James translates verse 5, “O that my ways were directed to keep thy statutes!” The English Standard Version says, “Oh that my ways may be steadfast in keeping your statutes!” The Hebrew word that is translated as direction, steadfast, and consistently is “kun”, its literal meaning is “to stand perpendicular”, its main biblical usage is “to be firm, be stable, be established”. We speak often of God’s steadfastness: His love is everlasting, His mercies are new every morning, there is no shadow of turning in Him, Jesus Christ is the same yesterday, today and forever, but here, the Psalmist calls Himself to be consistent toward God’s Word in the way that God has been consistent toward him.

This is what Paul was calling all believers to in I Corinthians 15:58, “Therefore (because of the resurrection of Christ), my beloved brothers, be steadfast (consistent), immovable, always abounding in the work of the Lord . . .”. The Word of God reveals who God is, but then it reveals who we were created to be. Here is the part that we struggle with, the character the Word reveals of God is the character the Word desires to instill in us. Everything we see in God is what God desires to establish in us. We were created in the image of God, we are being conformed to the image of the Son, the Spirit and the Word do the work of transforming us, not into better versions of ourselves, but redeemed children of God. He created us to be like Him.

Obedience is not the occasional large action, it is the consistent small, often unseen, even unimportant actions. We like big moments: Abraham leaving Haran, Moses standing at the Red Sea, David facing Goliath, Jesus raising Lazarus from the dead, but each of those moments came from many smaller, unseen moments and led to many more smaller unseen moments. Abraham had followed his father from Ur to Haran, Moses had labored in the desert shepherding his father-in-law’s sheep, David had battled a lion and a bear in the night, Jesus had watched His Father in every step, these were not great actions that they suddenly took, they were simply the next action that God had led them to. They were not looking for something great to do for God, they had all learned to consistently do whatever they saw in God and whatever they heard from God. Their actions, big and small, public and private, popular and unpopular consistently reflected God’s Word, God’s heart and God’s character.

How did they come to this place and how do we get there? Verse 6 tells us, “Then I will not be ashamed when I compare my life with your commands.” We compare ourselves and our lives to lots of things, but the only comparison that is acceptable and gives life is the comparison to God’s Word. How often do we measure our words by His? Our attitudes? Our relationships? Our attachment to things, ideas, opinions, dreams, hopes, even promises? What would change if I compared my impatience to God’s patience, my anxiety to God’s peace, my jealousy to God’s contentment, my drama to God’s will? What if, rather than comparing my life to the lives of others, even to my own expectations, I compared it to God’s Word? What if rather than asking “What would Jesus do?” I compared what I am doing with what Jesus has done? Consistency comes from comparison. When I constantly compare my life to God’s Word, I consistently act from and for God’s heart.

It sounds like a simple thing, I parked, not in someone else’s parking spot, but in a place that I knew would make him mad. For a few minutes I compared myself to him instead of to God’s Word, I gave room to the flesh rather than the Spirit, I acted in retaliation rather than redemption. Thank God that He is more patient with me than I was with my neighbor. But there is more to this. I have prayed for my neighbor’s salvation for the last 19 years, but a couple of weeks ago I gave more room to his parking than God’s desire for all to be saved, I thought more about how he had inconvenienced me than how Jesus had died for him. I was more willing to be petty than I was committed to being a witness. And God sent His Word to protect me from shame, to expose what I was giving room to, to correct my actions and to remind me of what matters to Him. He faithfully leads so that we can consistently follow. The Word works, let us not forget that it is often our hearts where the most work needs to be done.