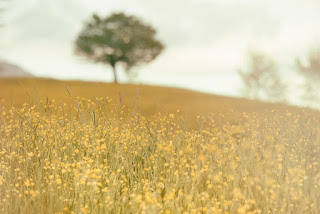 One of the things I miss the most about my Dad is his stories. He lived through things that I have only read about. Like most dads, he tended to tell the same stories over and over again, but he had a way of bringing me into things I was not a part of, of bringing to life things that happened before my lifetime. In Psalm 105, David tells Israel her story. He tells those of his generation and all the future generations what God had done prior to them because it had all been done for them and would all continue through them. The reason it matters so much is that it is what now has been built upon and the purpose of all that will be. Our story starts long before we do, what God is doing in us is revealed by remembering what He has done before us. David pointed back to Joseph. Jesus pointed back to Moses. The author of Hebrews pointed back to Abraham. Paul pointed back to Jesus. We look back to remember that what God has done is what God is doing and it is what God will do. We remember that He never changes, He is always working, and all His promises find their yes, find their fulfillment, not in us, but in Jesus (II Corinthians 1:20).

While Psalm 105 does not specify its author, tradition tells us that it was David. This is largely because verses 1-15 are nearly identical to I Chronicles 16:8-22 which is attributed to David’s song of thanksgiving was brought into the tabernacle or tent that he had prepared for it. The psalm begins with a five-verse call to “remember the wondrous works” that God had done. In Bible language, remembering, hearing, believing are all calls to action. They are not words of mental assent or contemplation, but actual, physical, outward action. James pointed to this when he wrote, “faith (believing) by itself, if it does not have works, is dead.” David was saying, “remembering without giving thanks and making known is fruitless”. While verse 5 specifically tells us to “Remember the wonderous works that he (God) has done”, the first four verses tell us how to remember: give thanks to the LORD; call upon His name; make known His deeds among the people; sing to Him; tell of His wonderous works; glory in His name; rejoice; seek His presence continually. Remembering is not sitting and reading, it is running with what we have read, telling what we have been told, singing songs of the stories that stoke us to go further than those who have come before us. We may go back to remember, but we remember to go forward.

You may ask why this remembering is so important? We are so often told not to live in the past, why does the Scripture seem to regularly tell us to look back? One answer to those questions is found in verse 8, God “remembers his covenant forever, the word that he commanded, for a thousand generations”. We tend to think of God as always looking ahead, to being out the outcome, to knowing the end from the beginning so He is not just looking forward, He has moved on, but the truth from Scripture is that all that God does toward the future is because of what He has said in the past. His actions toward Israel are because of His promise to Abraham. His sending His Son was because of His prophetic promise of a Redeemer to Eve. Even Jesus’ return is to fulfill what God had spoken through His prophets. On multiple occasions we see in the gospels that Jesus’ actions were to fulfill that which had been written. God’s actions are about what He wants for our future nearly as much as they are about fulfilling what He has spoken in the past. Do you know why God’s Word never returns void (Isaiah 55:11)? It is because God never forgets what He has spoken, He remembers with action, He is faithful to every word that He has said.

This is where the real meat of the psalm is served. David briefly tells Israel’s story from Abraham to the possession of the promised land. David summed up hundreds of years in about 37 verses where he used one word over and over again, “He”. David made sure that Israel understood that her story was not about her, it was about God. When Israel was nothing more than a family, wandering from place to place, living in tents, and hoping for a promise, “He (God) allowed no one to oppress them”. The star of Psalm 105 is God, but the purpose is to remind us of things that we too quickly forget. We know that God is powerful, we know that He is strong, we know that He is a provider and a healer, but we too often forget that God is sovereign and that His character is good.

What do we really mean when we say “God is in control”? Is that a way of comforting ourselves when things do not make sense or is it our belief that nothing happens without God? In Genesis 50:20, after the death of Jacob, Joseph told his brothers, “As for you, you meant evil against me, but God meant it for good, to bring it about that many people should be kept alive, as they are today.” The Hebrew word that is translated as “meant” (intended in other versions) literally means “to weave”. Joseph was not telling his brothers that they meant evil, but God turned it, fixed it, or used it; he told them that God wove the whole thing together, that while they had evil in their hearts, his life had always been in God’s hands. He was saying, “you sinned against me, but you did not send me here, God did, because your sin could never change God’s plan for my life.”

This truth of God’s sovereignty is repeated over and again in Scripture. Famines, droughts, exile, enemy armies, even sickness or disease is shown to be not things that God works around but things He works in, works through and works with. In John 9 Jesus told the apostles that a man had been born blind for the glory of God. In John 18, Jesus told Pilate that everything that had happened to Him, from His rejection by the religious leaders, to His betrayal by Judas even to His arrest and being taken before the Roman governor was all done by God. The resurrection was not how God turned around death of Jesus, the cross was as much a part of God’s plan as the empty tomb. Again, God does not turn things around, He does all things well.

Maybe the greatest promise of all, the thing that we must actively remember the most, is found in John 5:17. Jesus said, “My Father is always at his work to this very day, and I too am working” (NIV). Rather than asking “what is going on?” we should train ourselves to ask God what He is doing. God is always working, so that means in all our circumstances, our trials, our victories, and our defeats, God is not watching, He is working. It means that there is a purpose and a plan to our open doors and our closed ones, our seasons of waiting and our seasons of movement, that God is being good even when my life seems bad. God is working in us and God is working for us because God is also always working through us.

He is in control. He has a plan. He knows what He is doing. He is good. He is faithful. He will never leave. He loves you. Our story is about Him because He is the One who has woven us into His story. Just like Israel there will be plenty of reasons to forget. There might be seasons of waiting, impossible promises that seems to be getting farther away rather than near with each passing day. There might be seasons of incredible disappointment, when all that we had planned ends up going completely awry. There might be lack. There might be enemies. There might be a time when we feel forgotten. I can promise you there will be things we do not understand, things we do not like, even some things we cannot possibly believe could be what God had planned. But in all this, God is working, God is leading, God is protecting, God is providing, God is doing what He promised; He is making us like Jesus so that through our lives, those who are far off can come close to Jesus. He is doing for us the same things that He did for Israel, because her story is now our story because, by the blood of Jesus, we have all become a part of God’s story. We belong to Him and He has promised to never let us go. Do not let what we do not understand make us forget what we were created to remember: He is our heavenly Father, and He has, does, and will always care for us. He is God. 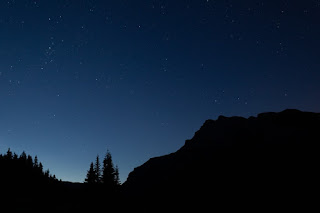