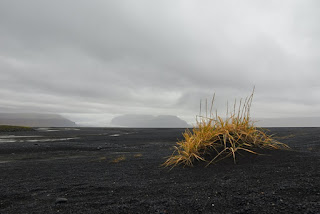 There is a beauty to Scripture, to each and to all Scripture, that far surpasses our expectation and at times, our recognition. We know that Paul wrote to Timothy, “All Scripture is breathed out by God” (II Timothy 3:16), that the Holy Spirit inspired the authors to write (knowingly or unknowingly) in much the way that God Himself told Moses every word to say to Pharaoh. The Scriptures are written to us, but they are not about us, they are from God, they are, first and foremost the revelation of God. Our first priority in approaching Scripture should always be to see God’s character.  This means that we should approach the Scriptures as if we are approaching God, they are from Him, they are of Him and ultimately, they are for Him. We should open them, every time, with awe and reverence, with boldness and confidence, with a hunger, not merely to find something for ourselves, but to give ourselves more fully to Him. I share all of this today because Psalm 102 is a spectacular piece of Scripture that needs to be mined carefully rather than read quickly. It has something to say to us, but far more than that, it has something to say about God that is far too rich and satisfying to miss.

We do not know who wrote this psalm or when it was written, but it was given a very specific description, “A prayer of one afflicted, when he is faint and pours out his complaint before the LORD.” This psalm was written from deep pain. It is deeply personal and emotional. The writer first pleaded with God to hear him and quickly shared his hurt. He felt as if he was dying. His “affliction” was first physical, his body was broken, but his brokenness in body had led to depression. The perceived nearness of death had created a loneliness that was tangible. He compared himself to three different birds, the desert owl (pelican in some translations), the owl of the waste places and a lonely sparrow on the housetop. The pain in his body had led to even greater pain in his heart, he was not just in pain, he felt alone in his pain.

While we will mine for God’s character in this psalm, don’t we quickly see ourselves in the psalmist? Our sorrows tend to multiply. Please hear me, I am not at all saying that we multiply them, that the psalmist was somehow being dramatic or overstating his trouble. In fact, it is the exact opposite. If all Scripture is breathed out by God, then this was not only the psalmist telling God his trouble, but it was the Holy Spirit telling the psalmist how to express his trouble. It was the Holy Spirit who put words to the psalmist’s pain, who turned his sorrow into his song. This is part of the promise of Romans 8:26, that in our weakness, “we do not know what to pray for as we ought, but the Spirit himself intercedes for us with groanings too deep for words.” The psalmist felt it, but the Holy Spirit put words to it. He is doing and will do the same for us. Our goal cannot be to escape from trouble, but to hear in the midst of it, to not just hear the answer that leads us out, but to hear the song to sing in the midst. The Spirit gives words to our sorrow, but then He sings hope to our hearts.

Suddenly, in verse 12, the psalm turns, “But you, O LORD, are enthroned forever; you are remembered throughout all generations.” The same Spirit who acknowledges our hurt reminds us of our hope. Our pain, no matter how heavy, can be swallowed up by our hope. When our lives shake, God is not shaken. This does not mean that He is unmoved, but that His presence is immovable. As Psalm 75 told us, when everything that we thought could hold us starts to shake, it is God who keeps the pillars steady. My favorite promise of hope is found in Paul’s description of Jesus in Colossians 1:17, “in him all things hold together”. My hope is this, even when I feel like I am falling apart, Jesus is holding me and everything around me together.

There is another shift in the psalm, the writer is no longer just talking about his pain, but the pain of Israel. “You will arise and have pity on Zion; it is the time to favor her; the appointed time has come. For your servants hold her stones dear and have pity on her dust.”  Why did Israel matter to this man who was clearly in the middle of his own affliction and depression? The only reason the man knew that God cared for him was because he had seen God’s care for Israel. This was why God formed Israel, why He chose her, why He redeemed her and why He continues to keep all His promises to her. This was part of what Jesus meant when He told the woman at the well “salvation is from the Jews” (John 4:22). It is part of what Paul was saying in Romans 1:16, that salvation is to the Jew first. God’s relationship with Israel reveals His heart for all, the psalmist comforted his heart by remembering that God would treat his trouble just as He always treated Israel’s, with love, compassion, and most of all faithfulness.

But there is something said about God that cannot be overlooked, “he regards the prayer of the destitute”. When we use the word destitute, we generally think of

the poor, the overlooked, the pressed down, the marginalized. What is interesting is that the Hebrew word translated “destitute” here means none of those things. Its literal meaning is “naked”. The LORD regards, listens to, literally “turns toward” the prayers of the naked. This nakedness is figurative. God desires those who will open their hearts, who will sing their songs truthfully rather than carefully, those who will allow their hurt to be put into words, their story to be told without protection, their affliction to be shared as it truly feels. This is coming boldly before the throne of grace (Hebrews 4:16). The psalmist, by the inspiration of the Holy Spirit, wants us to know that God’s desire is not that we say the right thing, that we smile in our despair, that we believe the best even when we feel our worst, but that we strip away all the self-protections and allow our hearts to be naked before Him.

Many of us struggle with this. We have someone in our lives, sometimes it is multiple people, that we tell the truth to, that we sing our sorrows to, that we unload our affliction upon, but then, with God, we keep trying to show Him that we are doing the right thing because somehow, we think that we have to do the right thing before Him to get the right thing from Him. But He turns toward the destitute. David did this so well. Jeremiah, Isaiah, Ezekiel, Jesus, they all allowed their hearts to be uncovered in front of God believing not that God would cover them, but that He would hear them, that He was with them, that they could trust Him. And for each of them their destitution, their nakedness was not judged or corrected, it was comforted, cared for and in it, they were strengthened by God’s love and clothed in hope. What if we cannot be fitted with God’s grace simply because we keep dressing ourselves with our own strength and effort? What if healing and hope are not found in trying harder but in trusting more?

We cannot finish this psalm without talking about its third part. We have seen the psalmist’s pain and God’s faithful care of Israel, but then there is the promise of and to the Messiah. Psalm 102 is not mentioned often enough as a Messianic psalm. Beginning in verse 18 it says, “Let this be recorded for a generation to come, so that a people yet to be created may praise the LORD: that he looked down from his holy height; from heaven the LORD looked at the earth, to hear the groans of the prisoners, to set free those who were doomed to die, that they may declare in Zion the name of the LORD, and in Jerusalem his praise, when peoples gather together, and kingdoms, to worship the LORD.” This is a promise of the Messiah’s coming, His first and second coming. He first came to set free all who were prisoners to sin and doomed to death, in His second coming after His victory over His enemies Jesus will gather all the peoples and kingdoms to Jerusalem to worship Him.

But then the psalm turns into a beautiful conversation between the Son and the Father. The Messiah says, “He has broken my strength in midcourse; he has shortened my days. ‘O my God,’ I say, ‘take me not away in the midst of my days—you whose years endure throughout all generations!’” We hear the destitute prayers of Jesus. The heart of the prayers in Gethsemane. Those were naked prayers, prayers without fear, without doubt, without self-protection or even care. He poured His heart out to His Father in His affliction, he wept drops of blood, He told the true story of His heart. In Psalm 102, the Father answers, “Of old you laid the foundation of the earth, and the heavens are the work of your hands. They will perish, but you will remain; they will all wear out like a garment. You will change them like a robe, and they will pass away, but you are the same, and your years have no end.” First, how do I know that this is the Father speaking to the Son? Hebrews 1:10-12 quotes these two verses as a description of Jesus. When Jesus cried out in the affliction of death, the Father gave Him hope of His resurrection. When Jesus was overwhelmed with the sorrow of God’s wrath, the Father gave Him the hope of new life even of the new heavens and earth. When Jesus allowed His heart to be uncovered, the Father clothed Him with the hope of the Father’s unfailingly love and unshakeable plan.

If the LORD is near to the broken-hearted (Psalm 34:18), why are we so set on hiding our hurt? If He is patient with us (II Peter 3:9) why are we so afraid that He will give up on us? If God is gentle (Galatians 5:23) why do we believe He will be harsh? He turns toward the destitute, He listens to the naked, He attends to the wounds of the afflicted and He gives hope to the depressed. He sent the Messiah, His only begotten Son, the One who laid the foundation of the earth, to bear our affliction and to endure our depression so that He could free us from our prison of pain and seat us at His table of hope. God is not waiting for us to stop hurting, but to stop hiding our hurt, it is in that place that we will know we are heard, and hope will move from a distant glimmer to an undimmable glaring sun. He will not turn from our nakedness; He turns toward it, it is when we are willing to be uncovered that we find ourselves covered in His love and dressed in the beauty of His hope.