Skip to main content
Posted by Abie Kulynych May 07, 2020 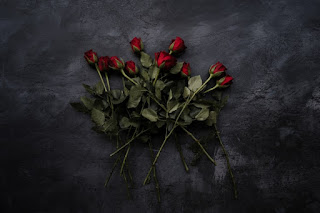 This is a psalm that has raised many questions. Who is the “divine council” that God is speaking to? Who are these “gods” and why is that word used here? If they are “gods” then what does it mean that they will die like men and if they are men why does the Scripture call them “gods”? Questions are always welcomed, but when we approach Scripture, we must be careful that our questions about language that makes us uncomfortable don’t get in the way of what God is revealing about His character. To me, the least important word in the psalm is the one that is most often discussed and debated, “gods”. That word makes us uncomfortable, but it shouldn’t. In John 10, the religious leaders picked up stones to kill Jesus because He had made Himself God by saying, “I and the Father are one.” In response to their outrage, Jesus quoted Psalm 82:6, “I said, ‘You are gods’” and then He explained what that meant, those “to whom the word of God came”. It speaks of what has been entrusted to us. We have been made in the image of God, for those who have submitted to Jesus, we have been filled with the Spirit of God and are called to live for the glory of God. We are not divine, but we have been given divine love and divine power to live out God’s divine character.

The part of the psalm that should be shouted the loudest is not the words that make us uncomfortable but the revelation of Gods’ character that is calling us to be held accountable. Who is God speaking to in this psalm? Who is this “divine council”? I believe it is simply the people of God, the nation of Israel. It’s not some cosmic gathering, it’s God doing what He’s promised to do, being present among His people. In Exodus 4:22 God referred to Israel as “my firstborn son”. In Exodus 19:6 God told Israel that they were to be “a kingdom of priests and a holy nation”. This meant that they were to be a nation that revealed the character of God to all the other nations. Privilege carries purpose. Blessing has a plan. Calling requires accountability. What we discover is that Israel was not only set apart from the other nations, they were set apart for the other nations.

This is what Jesus meant when He said, “to whom much is given, of him much will be required”. If you are reading this today and you are “in Christ”, you are “saved” as we like to say, you have not been saved “from”, you have been saved “for”. Deliverance is not only when we come out of something, it is when we arrive where we belong. Salvation is not merely having our sins forgiven, it’s having our hearts and our lives changed, it’s not when I get a place in heaven, it’s when I become like Jesus. Jesus told the apostles, just hours before His death, “You did not choose me, but I chose you and appointed you that you should go and bear fruit and that your fruit should abide”. Jesus makes it clear, the reason we were chosen, the reason we were saved, the reason He died for our sin and then rose to give us life, is so that we will live not just for Him but like Him. In fact, the only way to live for Jesus is to live like Jesus.

Psalm 82 is God rebuking Israel for taking lightly what He takes seriously, for being His people but not living in His character. What matters to God? What is it that He requires of us and desires for all? This psalm makes it clear, justice for the weak and the fatherless, rights for the afflicted and the destitute, rescue for the weak and the needy and judgment for the wicked who thrive on injustice and benefit from partiality. The purpose of God’s people is not to judge the ungodly, but to be godly, not to point out fault but to live in holiness, not to be blessed but to be a blessing. God didn’t rebuke the world for mistreating His people, He rebuked His people for mistreating each other and the world they lived in. I believe that Psalm 82 should be a rebuke to God’s people again today.

I write this today with a heavy heart, but I’m more than sad, I’m angry. Just yesterday a video was released that shows not just the murder, but the modern-day lynching of a young black man named Ahmaud Arbery. This young man was out for a jog, something he did regularly when three white men hunted him, trapped him and then killed him. He was unarmed, he was not dangerous, and he had committed no crime, other than being black. Some will say he was in the wrong place at the wrong time. What kind of foolishness is that? Is there a place that this should ever happen? Is there a place where this is acceptable or explainable? He was jogging, during the day, in a neighborhood not far from his home. Some will say there must be more to the story. I’m not sure there could be a more hateful or ungodly statement. If there were more to the story, what would it have to be to justify three men, all with guns, killing one man who was unarmed?

This is what it means to be afflicted. It’s not a disease an injury or a condition, it’s the heavy hand of injustice. It’s being hated for not just how you look but for who you are. It’s having a false narrative told about you before you can even tell, show or prove the true narrative. It’s racism, prejudice and bigotry. Our culture is afflicted because people of color are pressed down and dismissed at best or despised and exterminated at worst. But the rebuke of Psalm 82 is not that this affliction exists, it’s that God’s people are not spending themselves, their voices, their resources and their lives to stand with and for the afflicted. The rebuke is that the church of our culture chooses platforms that are symptoms rather than diseases, we champion causes rather than confronting evil, we applaud ourselves for our work in one area rather than confronting each other and challenging ourselves about the areas that demand and deserve our work. As Dr. Martin Luther King, Jr. once said, “Injustice anywhere is a threat to justice everywhere.” We cannot pretend that we are taking a stand until we are standing for all the afflicted, until we are outraged over every racially motivated death, until we weep in a way that demands and creates change defined by justice.

There is much more that could be said, that probably needs to be said, but for today I will receive the rebuke of the Scripture and the Holy Spirit, I will work to open my eyes, my mouth and my heart, I will seek to speak out and stand up and I will pray with the psalmist, “Arise, O God, judge the earth; for you shall inherit the nations!”
Email Post