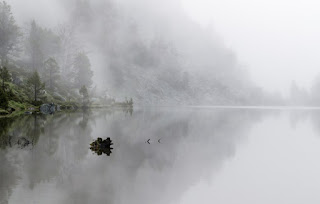 We hear about fear a lot and most of what we hear is not positive. We have been told that fear is a liar, to face our fear and to put our faith above our fear. Fear has the ability to cause us to do things we wouldn’t normally do; it has the ability to paralyze those who are moving and to move those who have been paralyzed. Fear is generally something we are trying to overcome, but in Psalm 76, the One to be feared is to be embraced.

The psalm appears to be one of victory, rejoicing in what God had done on behalf of His people. Asaph wrote about God’s place among His people, He is known in Judah, His name is great in Israel, He abides in Salem and He dwells in Zion. But at the same time, on behalf of His people, God “broke flashing arrows, the shield, the sword, and the weapons of war.” God had protected His people by defeating their enemies. To use David’s imagery from Psalm 23,  He had walked with them through the valley of the shadow of death, His rod had protected them and His staff had led them and the outcome was that they did not have to fear evil, but also, evil knew that God was to be feared.

In verse 7 it says, “But you, you are to be feared!” The Hebrew word used in this statement is used three more times in the psalm. Yare’ has a bit of a double meaning, “to fear; morally to revere”. The same word that means to frighten also means reverence. The same God that the evil run from, the righteous run to. Fear and reverence are only differentiated by relationship. God doesn’t change, He is holy to the just and the unjust, He is awesome to the believer and the unbeliever, but we view Him, and His work, differently based on our relationship with Him. The only differences between fear and reverence are what we know about God and what we seek for ourselves.

There were two miraculous catches of fish during Jesus’ ministry, Peter was a central figure in both, but his reactions to each were completely different. In Luke 5, near the beginning of Jesus’ ministry, He was in a boat with Peter when He told him, “Put out into the deep and let down your nets for a catch.” Peter responded, “Master, we toiled all night and took nothing! But at your word I will let down the nets.” Peter was already following Jesus, but He didn’t yet fully know Jesus. He was a believer, but I’m not sure that he would have considered himself a disciple just yet. Jesus entered into Peter’s world. Peter was a fisherman; he made his living on the sea. He knew how, when and where to catch fish. He had fished all night with no results. I’m sure he was tired, I would assume probably a bit frustrated, but when Jesus, the carpenter turned rabbi, told him to go back out to the deep of the sea and cast his nets again, Peter was willing, even though he didn’t believe it would be productive.

There are times in our lives when God has to invade our territory, when He calls us to do things that we’ve already done without success, to go places we’ve already gone without benefit, to face people we’ve already faced without agreement, so that He can break us out of the smallness of our control and release us into the vastness of His. To Peter’s credit, he was willing to do what Jesus asked, even though he made it clear that he didn’t think that what Jesus was asking was going to do any good. Peter did what Jesus asked even though he was already tired, even though he had done it before and it hadn’t worked, even though he didn’t think it would work. Don’t stop trying, don’t stop obeying, don’t stop asking, seeking or knocking. Do not become weary in doing what God has asked, not simply because a harvest is promised, but because God is worthy to be obeyed no matter the outcome of our situation.

Peter cast the nets into the sea, and they caught so many fish that the nets started to break, they had to call other fishermen to bring another boat to help. There were so many fish that both boats began to sink as they approached the shore. Don’t get so caught up in the miracle of the story that we miss Peter’s response: “But when Simon Peter saw it, he fell down at Jesus’ knees, saying, ‘Depart from me, for I am a sinful man, O Lord.’” Jesus’ miracle produced fear in Peter. He had only just started to follow Jesus, He didn’t know Jesus’ heart, His character or His will, but He suddenly saw Jesus’ power and it frightened him, he didn’t think he belonged with Jesus, he asked Jesus to leave him. There are two things that happen when we have an authentic experience with God, we see His character and we become aware of our condition. It is a fearful thing to see God until we come to know God.

Nearly three years later in John 21 we read about another miraculous catch of fish. This was after Jesus’ death and resurrection. Peter once again decided to go fishing and once again, after fishing all night, he had caught nothing. As dawn arrived, Jesus was standing on the shore, but Peter and the other disciples in the boat with him didn’t recognize Him. Jesus told them, “Cast the net on the right side of the boat, and you will find some (fish).” Just like before, they did what Jesus asked and the nets were so full of fish that they could not pull them back into the boat. John said to Peter, “It is the Lord!” As soon as Peter heard that it was Jesus on the shore, he jumped into the sea and swam to Jesus. The first time Peter saw Jesus’ power he asked Jesus to leave, this time Peter had to get to Jesus as fast as he could. What was the difference? He now knew Jesus’ character, he trusted Jesus’ heart, he no longer allowed his weakness to get in the way of Jesus’ love.

God is to be feared. He is great, awesome, holy and almost any other infinite adjective we could use to describe Him. Intimacy is not the same as familiarity. We still bow before His power, but in knowing Him, we bow knowing we will be embraced rather than fearing we might be destroyed. Fear, or if you prefer the word reverence, must remain central in our relationship with God. We must at all times remember who He is, remember what He’s done and remember who He has called us to be. In Psalm 27 David asked, “Whom shall I fear?” The answer is God, He deserves to be feared, not for what He might do, but for who He is. He deserves to be revered, to be followed, to be obeyed but most of all to be trusted. The question is not if we fear but who or what do we fear. Do we fear what might happen to us? Do we fear what might not happen for us? Or do we fear the One that has promised to stay with us, fight for us and never leave us? Don’t fight fear but fear the One who fights for us.
Email Post