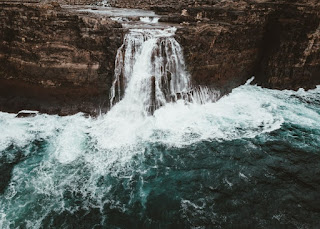 What is justice? A word we all know, a principle we all believe in, a standard that our culture claims to be built upon, but what is it? Is justice when the pressed down get lifted up? Is it when the oppressor is punished? Is justice when wrongs are righted or when what was hidden gets exposed? Does justice deal with the past or does it point toward the future? Is it possible that justice is all of these things? In Psalm 72, one of only two psalms that bear Solomon’s name (we don’t know whether he wrote this psalm or it was written for him), the king is prayed for and the Messiah is prophesied, and the center of both the prayer and the prophesy is one word, justice.

The psalm opens with a prayer, “Give the king your justice, O God”. This is not a request for God to deal with the king justly, but for God to teach the king the justice of His character. Justice is not a thing in and of itself, it flows from something else. Justice can’t stand alone, it must have a foundation that holds it, that it stands on and rises from. Justice is not the doling out of punishment or the giving of rewards. Justice might begin with the recognition that something is not as it should be, but it doesn’t just make things right, it remembers how things were meant to be.

When Dr. Martin Luther King Jr. quoted Amos 5:24, “But let justice roll down like waters, and righteousness like an ever-flowing stream”, he was not simply pointing out a wrong. He was not calling for one group of people to be pulled down so that another could be lifted up. He was, first and foremost, announcing that things were not as they were meant to be, that something had gone terribly awry, that there was a return that had to happen before a going forth could begin. That’s what God was speaking through Amos, the Day of the LORD would not just make the wrongs right, it would establish righteousness. The heart of justice is righteousness, but I believe that the heart of righteousness is restoration.

When the psalmist prayed for the king to be given the justice of God, he also prayed that with justice God would provide righteousness. Righteousness is God’s nature; it is who He is that informs what He does. For men to be righteous does not mean that we become like God, but that we live from and for God’s character. To go back to Dr. King’s use of Amos 5:24, he was calling out the truth that prejudice, bigotry, oppression, hatred and racism were in need of justice because they were all unrighteous, they were and they are unlike God, outside of God’s character. These are things that must be addressed in God’s people so that they can be addressed by God’s people. Justice is the restoration of righteousness, it’s the return not just of God’s plan but of God’s character and God’s desire.

Throughout Psalm 72, “the poor” or “the needy” are mentioned seven times. The two Hebrew words used throughout mean “afflicted” and “in want”. We have so many examples of the poor and the needy in our culture. Generally, when we hear those words, we immediately think of those without what they need for life, those without the food needed, without shelter, without jobs and without money. These words evoke physical needs, but as we look closely at Scripture, physical lack is only a small part of the poverty that God sees. In Revelation 3, when Jesus sent His message to the church at Laodicea, they said that they were rich, had prospered and needed nothing. They were materially wealthy; they had all the comforts that the culture they lived in could provide, in fact many of us would call them blessed. But Jesus said, “you are wretched, pitiable, poor blind and naked”. He confronted their spiritual lack even while they were living in physical plenty.

Justice and righteousness can’t be truly applied until our need for restoration is confessed. The beauty of Psalm 72 is that we are all in need of justice, we are all lacking in righteousness, we are all the poor and the needy. We can look at our communities and see where injustice thrives, but can we see it in our own lives, in our own ways of thinking, believing and relating to others? The problem is that justice can’t be worked out by the unjust, we can’t be ministers of reconciliation while we are still living divided and deceived, we can’t bring restoration until we are willing to ask to be restored. I believe this is the true theme of Isaiah 58. God spoke to Israel saying that they were a people that sought Him, that made sacrifices, that asked Him for righteous judgments, they even fasted, but their hearts were far from Him because of their oppression of each other. They wanted from God without becoming like God, they wanted to be blessed without being changed, righteous without being restored. God’s response was to call Israel’s actions, even their worship, to His character:

“Is this not the fast that I choose: to loose the bonds of wickedness, to undo the straps of the yoke, to let the oppressed go free, and to break every yoke? Is it not to share your bread with the hungry and bring the homeless poor into your house; when you see the naked, to cover him, and not to hide yourself from your own flesh?”

God told Israel that justice in their lives would lead to justice through their lives:

“Then shall your light break forth like the dawn, and your healing shall spring up speedily; your righteousness shall go before you; the glory of the LORD shall be your rear guard. Then you shall call, and the LORD will answer; you shall cry, and He will say, ‘Here I am.’”

Justice begins with our hearts, if we won’t look inside, if we won’t let God show us what’s inside (Psalm 139:23-24) then we will remain poor and needy, even more we will become those who cause poverty and neediness in others. Justice is not when the tables are turned over by someone in power, it is when we examine our hearts according to God’s righteousness, when we acknowledge our need for restoration and then, as those restored to God we join the work of restoration, the work of redemption, the ministry of reconciliation. That’s what all justice is about, it’s about those created to be with God and to become like God’s own Son, returning to God and humbly seeking to live for Jesus by living like Jesus. The world we live in is in desperate need of justice, we can’t righteously join the fight until we’ve fully fallen on the altar. May the justice of God be applied to our hearts so that it can be spread through our lives.
Email Post