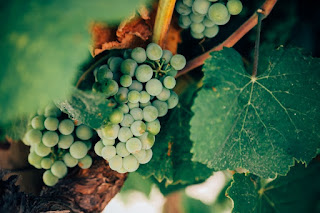 Psalm 69 is designated as a psalm of lament and a protest of innocence, but more than anything else, it is a prophecy of the Messiah. As Psalm 22 prophesied Jesus’ physical suffering (“they have pierced my hands and feet”), Psalm 69 prophesies His emotional and spiritual suffering (“My eyes grow dim with waiting for My God.” “I have borne reproach.” “But I am afflicted and in pain . . .”) Like many psalms it is attributed to David, which raises an interesting question, did the author know that he was being used to prophesy of the Messiah or was he simply writing from his own turmoil? Is prophesy limited to our words that God inspires or does God work in such a way that even our lives foretell the character, ways and works of God?

In his book, The True Vine, Andrew Murray wrote, “All earthly things are shadows of heavenly realities—the expression, in created visible forms, of the invisible glory of God.” The Apostle Paul echoed this in I Corinthians 15:46, “But it is not the spiritual that is first but the natural, and then the spiritual.” God is not simply filling our mouths or our minds with words that need to be heard, He is filling our lives with truths that need to be told, with lessons that need to be learned, with opportunities for His compassion, His character and His truth to be seen. This was not only true of David; Ezekiel, Isaiah, Hosea, Jeremiah and Daniel all lived prophetic lives. Their words came from the lives that God led them to live. They didn’t sit down and write out prophetic words, they didn’t walk into the congregation and say “Thus says the LORD”, they had their steps ordered in a manner that gave their words meaning, they submitted their lives to God so that He could inspire His words in them.

The prophetic is not nearly as mysterious or mystical as we often make it out to be. What we see in Scripture is that it is practical, it’s tangible and it’s consuming. John the Baptist’s life was a prophecy before his words ever had prophetic meaning. His life cried out before his mouth did, he allowed the Holy Spirit to make his way ready before he called Israel to “prepare the way of the LORD”. Before Jesus ever preached or worked a miracle His life had been prophesying. His earthly father was from the line of David, He had been born in Bethlehem and then had to flee to Egypt. His family finally settled in Nazareth, all things the Scriptures had foretold and things that the Father ordered for Jesus to live. Once more, His words came from His life, His prophetic utterances were little more than the overflow and explanation of His prophetic life. Before prophets can be filled with words to speak for God, they must empty their lives before God. If we aren’t living it, I’m not sure we have the right or the room to say it.

Near the end of Psalm 69, in verse 29, David wrote, I believe from his own life, “But I am afflicted and in pain; let your salvation, O God, set me on high!” David was being used to follow in the steps of the Messiah even before the Messiah would come. Jesus has always been the center of all things. Colossians 1 tells us that Jesus is “preeminent”, and John 1 tells us that He is eternal. Nothing ever came before Jesus, but there were things that came before His coming. All those things pointed to Him just as all things since His ascension point to His return. David’s life was prophetic, his steps were ordered so that Jesus’ life could be revealed. He was chosen by God even though he was overlooked by men. He was hated by Saul even though he had served with honor. His life was in danger even though he had done no wrong. His suffering was not coincidental or random, it was prophetic and Messianic, while God was not causing it, God was present in it, God was sustaining him through it and God was using it for His glory at every step.

The greatest attribute of a person used by God is the one we look to in others and desire for ourselves the least. Verse 33 says, “The LORD hears the needy . . .” Everything in us balks at the idea of being needy. We work to have for ourselves, we work to prove ourselves, to long to be needed and yet what God is looking for in those who He desires to use is a neediness. This is not the position of pity; it is the place of the submitted. The branch can’t produce fruit without the vine, the olive can’t bring forth its oil with out a press, a harvest can’t be reaped without a seed first being planted. We were not created to rise out of our dependence but to sink further into it. We were not created to be used by God but to cling to God, not to include Him in our lives, but to discover that He alone is our life. We are needy on purpose; we are needy for purpose.

In Matthew 9, some of John’s disciples came to Jesus and asked, “Why do we and the Pharisees fast, but your disciples do not fast?” You can almost hear the tone of the question, “If we have to fast everybody should have to fast”. Fasting is one of those spiritual disciplines that we hope to gain something from, we hope to gain God’s attention or get God to move. Many people fast when there is a great need or when they are hoping for a “breakthrough”. But Jesus said, “Can the wedding guests mourn as long as the bridegroom is with them? The days will come when the bridegroom is taken away from them, and then they will fast.” I believe the principle that Jesus was teaching is that we don’t fast in our time of abundance, we fast to get in touch with our lack. We often forget we are needy; we often look for things that will convince us that we are not needy. Have you noticed how much more often we identify with the abundant parts of Jesus’ life and character? We are sons and daughters of the King, we are the head and not the tale, we are royalty, we are powerful; all those things are true, but they are not things we attained, they are not even who we are, they are who we are in Christ. That means that even now, we are needy. We were created to need God, to hunger for Him, to desire Him, but also to be fruitless without Him. We fast to feel our neediness, to remember our dependence, to make sure our trust is not in what we have done but in the One who has done all for us.

David could not prophesy the neediness of the Messiah unless he lived in that same need. Rather than trying to be filled, we would do better to remember that we are empty. Rather than wanting a word to speak, we should look closely at the life we have been given to live. God fills empty wineskins and He hears needy hearts. He inspires the surrendered and He empowers the obedient. Just as He did when it was time to choose the king that would replace Saul, God is not looking for people of stature, talent or desire, He is searching for hearts that are bowed down, lives that are submitted and people who will feel their need so that He can fill their mouths.
Email Post