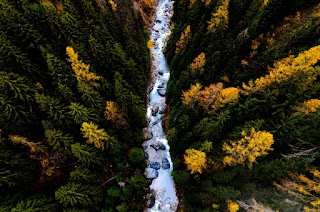 The first time my oldest son went to spend a week with my parents he was about three years old. He slept for the first two hours of the trip. When he woke up, he asked how long it would be before they got to Virginia. My parents told him that it would be about three more hours, his response was, “that’s too long, let’s go back to New Jersey”. We’ve all wanted to go back, to give up, to start over or to just get away. Elijah didn’t just want to, he gave up. When God’s miraculous fulfillment of His promises weren’t enough to convince Jezebel to repent of her sin, Elijah decided that he had had enough. He ran a day’s journey into the wilderness, laid down under a tree, prayed that he would die and went to sleep. He was done being a prophet, done dealing with rejection, done with doing what was right only to have those around him accusing him of being wrong. His circumstances had worn him out. In Psalm 55, David was once again writing, singing from his pain. He asks God to “give ear” to his prayer, not to “hide Himself” from his plea and to “attend to” his complaint. David was tired of dealing with enemies, fleeing for his life, hearing his slanderers and feeling the hurt of depression. He wrote “Oh, that I had the wings like a dove! I would fly away and be at rest; yes, I would wander far away; I would lodge in the wilderness”. Like Elijah, David had had enough, he was ready to give up, to go back, the journey was too much for him and so he was ready to be done with the journey.

One of the biggest lies ever told and continually perpetuated in the church is “God will never give you more than you can handle.” This idea comes from a very poor understanding of I Corinthians 10:13, in which, Paul promises us that God will never allow us to be “tempted with more than we can bear” and promises that when we are tempted that God will provide “the way of escape, to be able to endure it.” That passage means that when temptation comes, God will provide a way to remain righteous, it does not mean that life will never be more than we want to bear, or more than we are able to handle on our own. Elijah’s life had been difficult. We tend to read the biblical accounts romantically and think of how beautiful it must have been to be used by God like Elijah was used. He was provided for miraculously and used powerfully. When you have time, go back and read it humanly. Elijah spoke one prophecy and immediately had to go and hide. He lived completely alone by a brook of water for at least a year. Ravens brought him bread and meat two times a day, while Elijah hid from the king that wanted to kill him. That’s not romantic, it’s more than a man can bear. After a year the brook dried up because of the drought that God had used Elijah to prophesy. At every turn the words that God told Elijah to speak affected Elijah’s life. To be God’s messenger is to have our lives affected by God’s message. When the brook dried up God sent Elijah to live with a widow and her son. They also had no food, just enough to make enough bread for the two of them. For more than two years, every day, they had just enough for two of them, but when she would make the bread for Elijah first, God would provide enough for her and her son. Every day, just enough, never an abundance, never a chance to exhale, to feel comfortable that what they had would be enough for tomorrow, just enough to get through that day. We say “every day God provided” which is true, but how often do we think about the fact that every day they also found themselves in need again.

Living in this way built Elijah’s faith but it also took a toll on his heart. By the time he called down fire from heaven, killed the prophets of Baal and saw God send rain for the first time in 3.5 years, his faith was at its greatest, but his heart was at its lowest. Jezebel hardened her heart to God and threatened Elijah, and he decided that it was not just enough, it was too much for him. He could not go any farther.

We are not sure when Psalm 55 was written. Some say it was when Saul was chasing David, trying to kill him, others say it was when Absalom had betrayed him and taken the kingdom. In either case, David was not being tempted with more than he could bear, but he had been given more than his heart could handle. In either case, someone David loved, protected and served had turned on him, lied about him, stolen from him and even tried to kill him. His faith in God was still strong but the endurance of his heart had grown weak. I’m not sure that we realize that we can have strong faith and weak hearts at the same time. We can believe God and be exhausted by our circumstance; we can be sure of Him and unsure of everything else. David wanted to do exactly what Elijah had done, he wanted to give up, he wanted to fly away, but he didn’t. He knew it was too much for him, but he remembered it was not too much for God.

Maybe it’s because I tend to talk to myself, but sometimes, as I read the Psalms, I’m sure that David was writing to himself. Verse 22 is one of those moments, “Cast your burden on the LORD, and he will sustain you; he will never permit the righteous to be moved.” David reminds himself that it is not his burden to carry, to cast it on the LORD. The question we have to ask is, what does that mean? Does it mean to let go and let God, to leave it at the cross or some other good sounding but not really helpful statement that we often make to each other?

I believe casting our burden upon the LORD has a very specific meaning. First, it means acknowledging that what we are dealing with is too much for us. No one lets go of something that they are convinced they can or should be able to carry. One of our greatest weaknesses is our belief that we should be able to do what God is wanting to do for us. We still don’t want to be weak, even though in our weakness God’s strength is revealed as perfect. If we won’t admit that it’s too much for us, we will never let God carry it for us. Second is to believe in who God is no matter what He does. When we assume that God’s character will match our expectations, we end up disappointed and sometimes even disillusioned. David was not telling himself that it would all be okay, or that God would turn his situation and use it for good. He was also not saying that once he cast his burden on the LORD that he would feel better. He was acknowledging that his circumstances were more than he could carry but remembering that He himself was being carried by God. In our lightest and heaviest moments, days and years, that’s the truth that sustains us. It’s not that “this too shall pass”, but that God won’t let us go. It’s not that something good will come of what we are in, but that we are always, in all things, in God’s hands. The key to casting our burdens on God is remembering that we are by God being sustained. Life will be hard, and God will be good. Our hearts will break, and God will hold them together. Our strength will fail, and God will not let us fall. Elijah ran away, David wrote a song, but in both cases, for both men, when they had more than they could handle, they found out that God would handle everything. If we will trust God to carry our stuff just as well as He carries us, we will discover what it means to be sustained.
Email Post