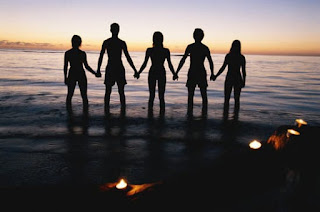 I’m not sure that anyone sang more songs while in trouble than David. There are times when I begin to read the Psalms and can almost hear Louis Armstrong singing, “Nobody knows the trouble I’ve seen; nobody knows my sorrow. Nobody knows the trouble I’ve seen; nobody knows but Jesus.” David had complaints, fears, doubts, laments, but somehow and some way, he chose to turn all those things into songs, not just about his trouble, but to the LORD His Helper. In Psalm 54, David had been betrayed by people he thought would be his friends. The heading of the Psalm says that it was written “when the Ziphites went and told Saul, ‘Is Not David Hiding Among Us?” The details of this story can be found in I Samuel 23, but briefly, the Ziphites lived in an area that belonged to the tribe of Judah, the same area that David was from. If he could have anticipated anyone being on his side, it would have been his own neighbors. David again felt betrayed, but this time it was not by “fools” or “enemies” but by his neighbors who turned out to be “strangers”. Once again, we see David calling out to God, pouring out his heart and hoping to be heard. He does something that we all do often, but it’s something I’m hoping to better understand, He asks for help.

In verse 4, David wrote, “Behold, God is my helper . . .” While it’s not a foreign statement, the Bible is filled with testimonies of times when God “helped” people, the thought of God being our “helper” raises at least a couple of questions for me. First off, what does that mean? In many of our contexts, a helper is an extra set of hands, someone to push the project over the finish line or someone without the experience to do the task but included to learn and, to help. Obviously, none of those descriptions applies to God. When I need a helper, it is usually because I can’t quite do the job myself, I don’t have enough strength, enough time, sometimes even enough interest, and just need someone to add what they have to what I lack. Could that possibly be what David is saying, that he just needs a little extra from God? Is that, at times, what we are praying for, not for God to have His way, but to simply add a dash of His power, blessing or strength to ours?

Help is as much a part of creation, of God’s created plan, as the earth, the sun, the moon or the stars. When God made Adam, He said that it was good, in fact, Genesis 1:31 says “God saw everything that He had made, and behold, it was very good.” Then, as Adam was in the Garden of Eden, working the ground, tending the garden, naming and having dominion over the animals, God said, “It is not good that the man should be alone.” What happened between Genesis 1:31 and 2:18? How did things go from very good to not good? Did something change? Did God suddenly discover something, or did God create man with a need for help? We know that God knows all things, nothing has ever surprised Him, when He asks questions it is for revelation not information and when He speaks it is from fullness not lack and so when God declared “It is not good for man to be alone”, He was teaching us how He created man, not learning what man was like.

God created us to be dependent upon Him and interdependent upon each other. We were created for community and relationship, with areas of lack that could only be filled by others and areas of weakness that could only be strong in Him. Independence is not part of our created image or purpose. God Himself is not what we could call independent. The one true living God lives as the Father, the Son and the Holy Spirit. The Godhead has distinction but never division, difference but never separation. We were created in God’s image, with distinctions and differences. These are not weaknesses to overcome or outcomes of our environments, they are God’s plan and God’s design. It’s not just as individuals either, it’s the differences in our races and nationalities, in our gender, every difference we have is God-ordered and is meant to be used for God’s glory. Just as the Father is in the Son and the Son in the Father, we are meant to be joined to each other. When God said that it was not good for the man to be alone, He then spoke the solution, spoke what was good, “I will make him a helper fit for him”. The word “fit” also means suitable. It means a helper that fits him, that takes him from lacking goodness to overflowing in it, a helper designed just for him. God didn’t design the woman as an inferior of the man, to be his helper, God designed man to need the help of the woman, to have his weaknesses met by her strength and to have his strength meet her weaknesses. One is not superior or the other inferior, they are joined to each other as God designed.

Our creation reveals God’s desire. Just as Eve was created for and from Adam, so all of mankind was created for and from God. He made us in His image so that we could fit into a perfect relationship of love, obedience, faithfulness and goodness with Him. When David says that God is his helper, He’s not reducing God to the one who swoops in and saves the day when all his options are exhausted. He’s not saying that God is the extra push when he’s used all his own strength. David was saying that he was created to need God, to depend upon Him, to trust Him and to submit to Him. We often lament our weakness, but what if God designed it so that we would rely upon His strength? We regret our neediness, but what if God created it so that we would depend upon His care? We wish we could do it ourselves, but what if God desires that we do all things in Him, by Him, for Him and with Him? I so admire David’s understanding of his need for help, but even more, I am learning from his confidence in God as his helper. I’m learning not to summon more strength, but to trust my Helper, to find my people and to settle into my place. None of us were meant to be everything we need; we were designed to put our needs in the hands of God and to join hands with those that God has designed for us. It’s human to need help, it’s mature to accept it, it’s God’s desire that we learn to enjoy it.
Email Post