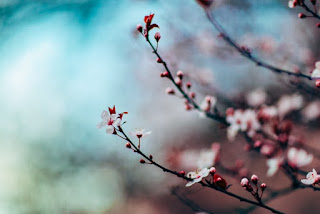 Psalm 53 is almost identical to Psalm 14. There are some subtle differences throughout, and the second half of verse 5 in each Psalm is drastically different, but for the most part they are identical. If there were going to be identical Psalms, why couldn’t we get two 23rd Psalms? I’d love to read that the LORD is my Shepherd again. Or Maybe Psalm 32, I could use a reminder that God is my hiding place? Psalm 136? Even though it reminds us that the steadfast love of the LORD endures forever 26 times, I wouldn’t mind being reminded 26 more. Why is it that the one Psalm that is repeated nearly word for word is the one that tells us that there is none who does good and none who seek after God? I can’t be sure of the true reason behind this repetition, but I will tell you what I’m trying to do with that repetition.

There are two truths that seem to stand opposed to each other, but that converge every time God’s presence is experienced, God’s character and our condition. Paul was probably quoting one of these Psalms in Romans 3, when he wrote, “There is none righteous, no, not one; there is none who understands; there is none who seeks after God.” That’s an indictment upon all of humanity, it’s to be applied to each of us, but not taken personally. We can’t get offended and sulk or defensive and try to prove that we can be the exception to the rule.  We must accept that this is our human condition, God is teaching us something we need to learn, not challenging us to change something that is out of our hands. In the biblical sense, we are all “fools”. We haven’t just sinned, we have gone our own way, worshipped our own desires, planned our own lives, lived for our own wants and believed in ourselves outside of our true identity and our actual capabilities. None of us want to think of ourselves as fools, but the definition of a fool from Scripture is simply a person who ignores God. We’ve all done that, some of us might be ignoring God, resisting the Spirit, rejecting conviction or disinterested in the Word right now. But our condition is only one part of the equation, only one truth that has to be learned.

What does our foolishness tell us about God’s character? If all have sinned and come short of the glory of God, if there is none righteous, if no one does good, if no one understands and not a single human has ever sought out God, then how do we explain godly examples such as Abraham and Sarah, Moses, David, Daniel, Mary, Paul and Lydia? How do we even explain our place as believers in Christ? In every biblical example mentioned, God made Himself known, since sinners won’t come to God, God chooses to come to sinners. Psalm 53 doesn’t expose us, it reveals God. There is nothing about us that is beneficial to Him, none of us possess something that He can’t have for or in Himself. He is not lonely or needy. We are all fools and yet, He won’t stop being our Father.

This is where we must turn our attention from ourselves to Him, rather than feeling condemned, be redeemed. Rather than staying in shame receive salvation. Rather than hardening our hearts, humble ourselves. Rather than proving our worth, believe in His character. God doesn’t change, He doesn’t merely stay the same, He’s true to Himself. Our calamity doesn’t change His character. Our rebellion hasn’t ruined His plans. Our rejection didn’t harden His heart. Our sin has not removed His love. Even when we are far from God, God is near to us. James 1:17 says, in the Berean Literal Version, “Every good act of giving and every perfect gift is from above, coming down from the Father of lights, with whom there is no variation or shadow of shifting.” God doesn’t even change enough to cast a shadow. There are no different variations of Him. He has no moods to swing, no fears to face, no weaknesses to overcome and no regrets to bury. When He made us in His image it was with the full knowledge and eternal commitment to redeem us back to that image when we went our own way. God told Israel that He loved them with an everlasting love, meaning that He loved them from who He is not for what they were or would be. Our foolishness only further demonstrates God’s faithfulness. So, let’s not hide that we’ve been fools, let’s exalt that when we were His enemies, He sent His Son to make us His children. When we went our own way, the Creator of all things (according to Colossians 1:15-16) left the right hand of His Father so that He could become our way back to the Father. When we said in our hearts, by our actions, “There is no God”, He set out not to prove us wrong, but to win us back. Yes, we’ve all been fools, but just like the parable of Luke 15, when we tried to stop being children, God was faithful to continue being our Father.

My final word on all of this is to remember that if we are going to rejoice that when we were fools God continued to be our Father, then we must recognize that He is continuing to father those that we consider fools right now. The only way to rightly rejoice in the mercy that God has given us is to long for Him to give it to others. We stop being fools when we become God’s children, but we stop living foolishly when we join God in His work of redemption. May we read Psalm 53 and give thanks for the faithfulness of God and then may we show our thankfulness by freely giving to others what God, through Christ, has so freely given to us.
Email Post