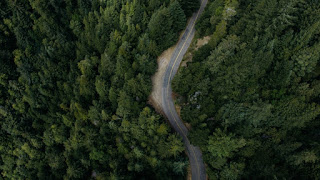 Christopher Bullock wrote, “’Tis impossible to be sure of any thing but death and taxes.” I’m not sure if I’ve ever confessed it in this forum, but I have a tendency toward pessimism. I don’t think of myself as a negative person, but if I don’t actively guard my heart and control my thoughts, I can be found looking for the negative. Sunny days sometimes are interrupted by questions of when the rain will come, blessings can be minimized by bracing for the next struggle. The idea of the other shoe and it’s eventual dropping is something that I fight against. Even though there are truths I know about myself, about life and about God’s character, sometimes the words that come out of my mouth reveal that there is something less than hope hiding in one of the dark corners of my heart. In Psalm 52, David had endured a betrayal that not only had hurt his heart but had caused the death of 85 innocent men. He was in what, had to have been at the time, the worst situation of his life, and yet, we find him, not asking “What’s next?” but reminding himself that far more than hurt, grief, disappointment or even death and taxes, the one thing that truly endures is the steadfast love of God.

In I Samuel 21, when David fled from Saul, his first stop was in the town of Nob, a community of priests and where the Tabernacle had been relocated after the destruction of Shiloh. The priest, Ahimelech, met David there. David didn’t tell the priest what was really happening, that the king had tried to kill him in a fit of jealousy, rather he simply told him that he was on business for Saul and had been commanded not to tell anyone what he was doing or where he was going. David asked the priest for food and a weapon. Ahimelech gave David what he had available, showbread (the bread that was consecrated to God for use in the Tabernacle) and Goliath’s sword. David took those things and quickly left Nob, ultimately leaving Israel and going to Gath to hide from Saul. For just a moment, think of how crazy it was that David went to hide in the land of the Philistines carrying the sword of the man that had been the greatest warrior of the Philistines. How could David be safe in a place where he had killed their hero? Sometimes when we run in fear, we can’t recognize that we are also running in foolishness. Yes, David had to leave Israel, but much more than that, he had to trust God, he had to find a place in his heart to believe that the God who anointed him to be king would also protect him until it was his time to sit on the throne.

David had gone from the shepherd of his father’s sheep to the next anointed king of Israel. From being overlooked by his father, diminished by his brothers and underestimated by King Saul to killing the giant Goliath and becoming Israel’s greatest warrior and favorite son. All was right in David’s world, until it wasn’t. I don’t know what he expected to happen next, but I’m sure it wasn’t for the king to try to kill him or for him to have to leave the country that loved him. I’m sure that when the anointing oil was running down his head, he never planned on hiding in caves or that when the children were singing songs of his victories in battle he never thought he’d running for his life, hiding from the same soldiers he used to fight with and fight for. What we learn from the Scriptures is that when everything came crashing down on David he forgot, for at least the moment, that when everything changes, God’s love endures.

He lied at Nob. He went to Gath. He had to do something, but rather than that something being to believe that God was in the worst moment as much as He had been in the best moment, He ran ahead in fear rather than slowing down in faith. We talk often about the steps of faith, but what about the pauses of faith? We rarely know when, how or where to step until we have slowed down, quieted our hearts, turned our ears to God and brought ourselves into step with the Holy Spirit. David had followed God carefully, but when unexpected trouble came, when life-threatening news came, when soul-shaking circumstances came, he quickly, emotionally and, I believe, fearfully went his own way. I’ve done it. You probably have too. You might even feel tempted to do it again right now, but Psalm 52 reminds us, not that there’s a better way, but there is a greater truth.

David didn’t know it, but he had been seen in Nob. Doeg, one of Saul’s servants, saw David in Nob, saw the priest Ahimelech give David food and Goliath’s sword and reported it back to Saul. Saul’s jealous rage wasn’t just limited to David, he had lost all sense of control. His insecurity now made him paranoid and his disobedience to God had caused him to become distrustful of everyone. He called for Ahimelech and questioned him as to why he was helping David. Remember, the priest didn’t know anything about the feud between the king and his son-in-law, David had told him that he was on mission from Saul not that he was running from him. Saul’s anger, his jealousy, his distrust and his fear overwhelmed him, and he ordered all the priests, 85 men, to be killed. This order was so outrageous and so wrong, that Saul’s guards refused to carry it out, but Doeg, the servant who had seen David, who had informed Saul and who was using Saul’s paranoia to elevate his place in the kingdom, followed the order and killed the priests.

Things change, sometimes drastically and often quickly. Our expectations often don’t get met, our plans fail, our dreams fade. There are times when it’s much worse than that. Betrayal can be a reality. Sometimes those we love act unloving toward us, those we are faithful to choose to be unfaithful to us and then there are even times when someone like Doeg, chooses to use our pain as a way to further their cause. What do we do when the hurt overwhelms us, when the grief overtakes us, when the anger seems to rule us or when the disappointment wants to lead us? I believe that David wrote in Psalm 52 what he wished he would have remembered in I Samuel 21, “The steadfast love of God endures all the day . . . I trust in the steadfast love of God forever and ever.” We quote things like “God’s word never returns void” or His will can’t be stopped, and these are truths, but they are only true because His love endures forever. It’s not death and taxes that can be counted on. It’s not bad news that should be expected, it’s not the other shoe that is always waiting to drop, the only thing that is sure, that is always constant, that is continually present, that never changes no matter what, is God’s love. He loves when we don’t deserve it. He loves when we deny it. He loves when we are not aware of it. He loves when the world is against us. He loves when our bodies fail us. He loves when death visits. He loves when people betray us. He loves when jobs end. He loves when we wait, and He loves when we run. He loves when we believe in faith and He loves when we act in fear. The only thing we can be or need to be sure of is the greatest thing of all, God’s love endures with us, it endures for us and sometimes it even endures us. Saul hated him and Doeg used him, but God just kept loving David, it’s not simply what God does, it’s who He is. At the end of every day, at the end of every season, even at the end of every life no matter what has changed there is one truth that has remained, God is good and His love endures forever.
Email Post