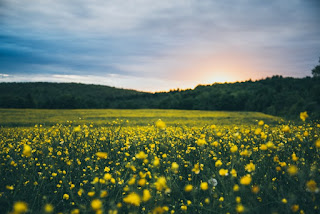 I’ll never forget, when I was 17 years old and in the midst of a conversation, when my Dad told me that he would never be my friend. That probably sounds harsh to some, so let me try to explain the context. We had a friendship, we had a very strong, what I would call a good relationship, but in that stage of life where my zeal overpowered my wisdom, I was seeking to create a familiarity that would make my Father and I more like peers. He was explaining to me that while there was no separation between us in love, there was difference. That while he was devoted to me, that he had to be, in some ways set apart from me. What he shared was that being my father was a calling that required he show me friendship but never allow himself to become my familiar friend.

In Psalm 50, God was speaking to Israel, to His people, to those who didn’t simply bear His image, but His Name, His promises, His covenant and His Word. He began with announcements about Himself, things they knew but that He needed to reinforce, “God speaks . . . God shines . . . God comes . . . He calls . . .” After reminding them of who He is, God then told them the purpose of this particular message, “I will testify against you.” What does that mean? It sounds like judgment, but we have to always consider God’s Words through His character, we can’t allow our feelings and fears to dictate who we believe God to be. I’ve thought and prayed about this a lot lately, there are many times in Scripture in which God sounds harsh to us. His voice thunders, His words cut. Why did Jesus have to respond to Peter’s rebuke by saying, “Get behind Me Satan”? Why did He refer to the disciples more than once as “ye of little faith”? Was it necessary for Paul to rebuke the Galatians so sharply? Was Jesus angry when He told the Ephesians that He would remove their lampstand quickly if they didn’t repent and return to their first works? Everything God does is from is character, not from our action. We don’t have the power to speed God up, to cause Him to lose His temper or to change His mind. His mercies are new every morning because His faithfulness supersedes everything else. James said that God is so secure and stable that there is not even a shadow of turning in Him. He is who He is. That is very good news.

What do we do, then with words that sound harsh? We force our minds to consider the One who is speaking rather than allowing our ears to run away with what we have heard. This is part of what II Corinthians 10:5 is addressing when it says, “We tear down arguments, and every presumption set up against the knowledge of God; and we take captive every thought, to make it obedient to Christ.” It’s the arguments of our sinful nature and the presumptions of our emotions that often argue against what we know of God’s character. That’s where the fear that He’s harsh comes from when the Scriptures have told us clearly that He is patient and longsuffering. That’s where the lies of anxiety come from when Jesus told us clearly that we have a heavenly Father who cares for us, that we are worth more to Him than we are to ourselves and that He gives much more than we would be able to give to ourselves. If we consider God’s character in His words rather than our fears of His words, we discover that when He “testifies against us” it is to warn us and protect us, it is to bring us back to prosperity and peace not to jettison us into judgment.

There is a line near the end of the psalm that has gripped me for the past few years. I was in a small Bible study when my brother-in-law quoted the second part of verse 21, “you thought that I was one like yourself”. To be very honest, I don’t recall the context or what we were studying and discussing at the time, I just remember those words confronting my heart. So many of our issues come from the combination of being completely preoccupied with ourselves and having an unbiblical perception of God. God’s warnings for His people were that their worship didn’t match His character, their offerings didn’t come from their changed hearts, they attempted to hide their stiff necks. They tried to appease God rather than please God. By the time the psalmist gets to verse 18, he speaks for God saying that God’s people  have lost their moral compass, they have lost their understanding of holiness, they say whatever they want to  and about each other without accountability or thought and since God has not yet judged them, they assume “that I was like yourself”. The truth that God is not like us might be the best news we could ever hear, if we are willing to hear what it really means. Yes, it means that God doesn’t change, that He remains steadfast, that His mercies are new every morning and His love endures forever. It means that He is good, that He is love, that He is patient, that He is merciful and forgiving. That is who He is, but what about the fact that He is not like us, what does that mean? I believe it means that He doesn’t get worn down, He can’t be manipulated or deceived, He is never impatient, never selfish, never afraid, worried or anxious. It means that God is not affected by the things that affect us, which doesn’t mean that He’s not understanding, it means that He won’t settle for a bowl of soup in the moment when He knows the birthright that He has prepared, not just for Himself, but for us along with Him.

When my Dad told me that he would never be my friend, I was hurt, I thought it was harsh, I thought he was somehow exerting authority because I was getting older, smarter and closer to living my own life and making my own decisions. What I learned was that I needed him to never dim the lines in our relationship. I’d have many friends, some truly life-changing and life-giving ones, but I would only have one father. I needed him in that place, even when I thought I didn’t. I needed him to hold fast to himself even when I was trying to get away from him. I needed him as he was, not as I wanted him to be. It might be a weak analogy, but God won’t change to suit our desires, meet what we think are our needs or to win our hearts. His greatness is in His faithfulness, in who He is, not in what He does. My prayer is to know God as He is, as the Scriptures reveal Him, not as my heart desires Him, as anyone else has experienced Him or as we, the Body of Christ have assumed Him. I want to know the Living Word through the written Word. I don’t want to allow myself to make Him like me because more than ever before I am aware of how much I need to be made like Him.
Email Post