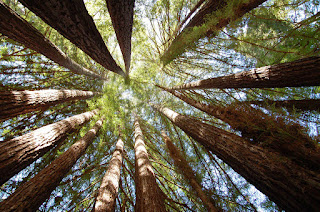 When I was 14 years old my soccer team played in a tournament at a Christian camp in North Carolina. One night, during the devotional time, we were asked to find a spot to be alone and to read our favorite Psalm. I didn’t have a favorite Psalm. I knew parts of many Psalms, I had memorized Psalm 23, but a favorite? I’d never really thought about the Psalms, never really thought about Scripture in those terms. I wasn’t sure what to read so I used my uniform number as my guide, and I opened my Bible and read Psalm 32. I read from the King James Version, that was all we were allowed to read in that particular setting, “Blessed is he whose transgression is forgiven, whose sin is covered.” I had grown up in the church, I thought I understood forgiveness. At that point in my life, I’d been praying the sinners prayer every night for a few years, just in case I’d done something throughout the day that might have rendered last night’s prayer powerless. I kept reading, but when I got to verse 7, the Psalm began to become alive for me.

David wrote, “Thou art my hiding place . . .” My life was good. I was loved, provided for, protected, but like most teenagers, I was wrestling with who I was, with what I believed, with what was real and true and with what I was going to do with it if I ever found those answers. Being hidden sounded like just what I needed. I craved a place of safety to ask the questions I was embarrassed to let anyone else know I had. I needed a place to discover who I was rather than trying to meet the expectations of others. I hoped for a place where someone else would recognize my value because I really didn’t see a lot of it in myself. Here was David, telling me that rather than hiding from God, I could hide in Him.

I’m not sure how or why, but I didn’t take it to mean that God would hide me from trouble, but that I could hide in God in the midst of trouble. I grew up in a family that was realistic about who God was. He was real, holy, good and always present. My parents taught me that God’s goodness was about who He was not what we got from Him. They showed me that Jesus was right, in this world we would have trouble, but even more, they showed me how to take heart and to trust that He had overcome the world. They taught me that the will of God was not about His service of my desires but my submission to His. When I read that God was my hiding place, I believed it, because I’d already seen it. I’d like to say that night changed my life, it didn’t, but it started the change that was to come. Something was born in my heart that night, something that told me that I’d never be settled until I settled into Christ, that I’d never know who I was until I knew who He created me to be, that I’d never be content until I found myself in Him.

The next words of verse 7 escaped me that night, “thou shalt compass me about with songs of deliverance.” It was the King James of it all. I didn’t know what “compass me about” meant, so I just kept reading. God as my hiding place was a seed planted in my heart, but the songs of deliverance were like the seeds that fall on the rocks, there was just no room for them. It wasn’t until a few years later that I discovered that God surrounds me with songs of deliverance. What a discovery that was! When the verse is put together, as it is meant to be, God is my hiding place not because I’ve run to Him, but because He has chosen to surround me with the songs of His love, His joy, and His heart for my freedom. I’d spent most of my life trying to figure out how to hide in God when the truth was that He was already and always surrounding me. It wasn’t my task to find my way to Him, it was His pleasure to have already come to me. I know that we have a response that we must make, a confession, repentance, a surrender of our hearts and our lives to Jesus, but the reality is, we can only do those things because He has come to us.

When we were sinners Christ died for us. When we were the enemies of God, He sent His Son to pay our penalty. When we all went our own way, He came to find us. My favorite parable of Jesus is the parable of the lost or prodigal Son in Luke 15. The beauty of it is not simply that when the young man returned that the Father accepted him, but that when the son disowned his Father, the Father kept loving his son. There are times when we all stray far from God, but the truth of His character is that He is never far from us. He’s not just ready to come, He’s always near, to use David’s picture from Psalm 32, God isn’t just present, He’s singing.

What I’ve learned from Psalm 32 is that I’m surrounded. When my life is not what I wanted, when my emotions are out of control, when my heart is broken or my neck is stiff, I’m still surrounded. What I’m trying to learn is to stop giving so much effort to fixing stuff or even working on me and to just listen to the songs that surround me. If I’m willing to listen, to take God at His word and to believe in David’s experience, then I can trust that in my hardest places God is singing a song of freedom. In my saddest seasons God is singing a song of peace. In my most stubborn of days God is singing a song of patience. Every day of my life, the best and the worst, the most righteous and the most selfish, God is singing to me, about me and around me a song of love. Wherever we are today, let’s quiet ourselves for a few minutes and just listen. There will always be a song, because you and I have always been surrounded.